DPx Gear has released its most unique HEST/F Urban configuration yet – the all new DPx HEST/F Urban in Hammertone Copper with a satin blade finish. 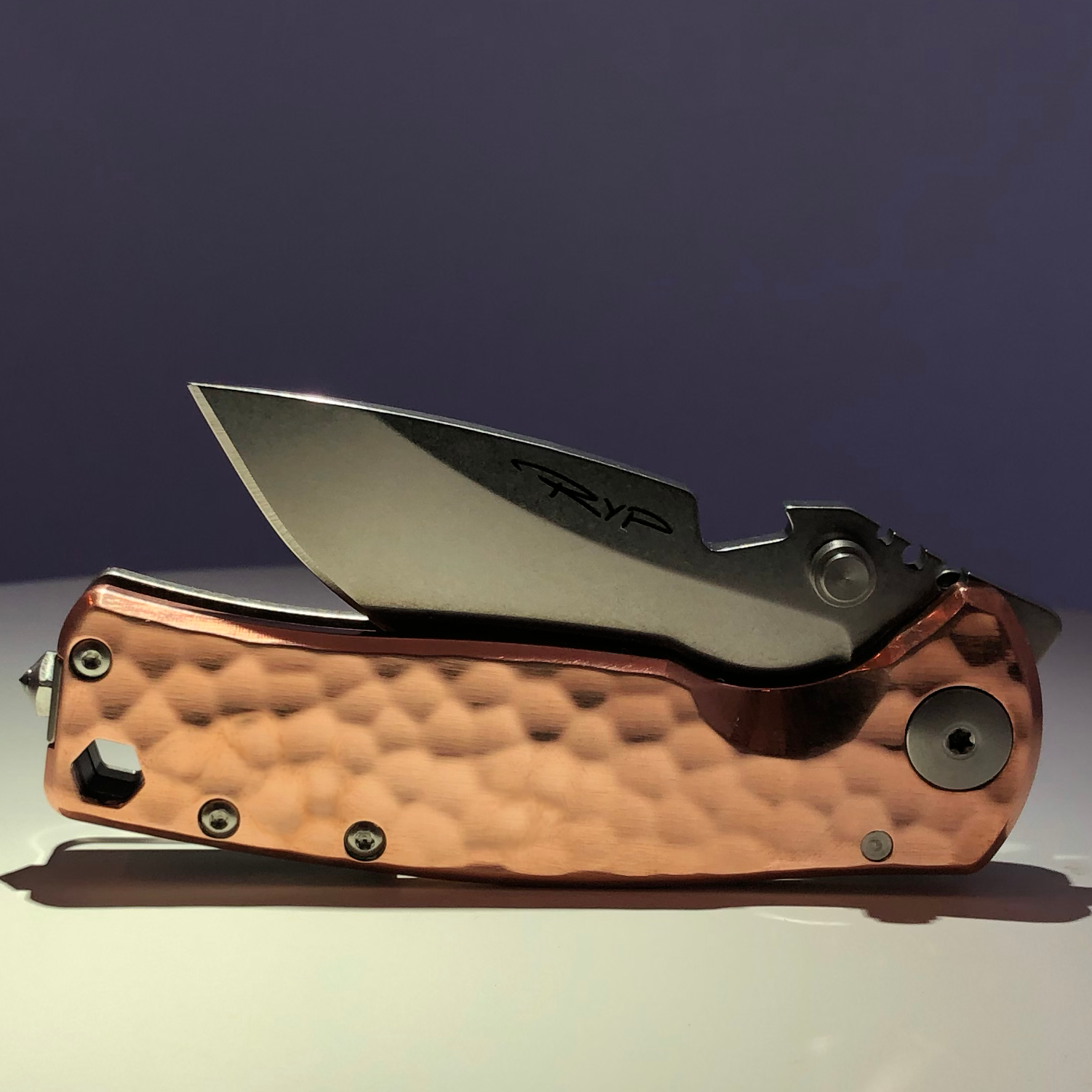 This edition is based on the high end Urban Titanium alloy frame and has a hammered copper scale and an .16”  thick CPM S35VN high saber grind blade.

The copper frame side is striking and jewel-like when brand new, but it also settles into a beautiful patina with the owner’s regular use.

DPx Gear founder and designer of the knife, Robert Young Pelton says of his new Urban; “The patina on my HEST/F Urban Ti Copper is a magical thing.  When I get bored I polish it up and watch it transform again.” 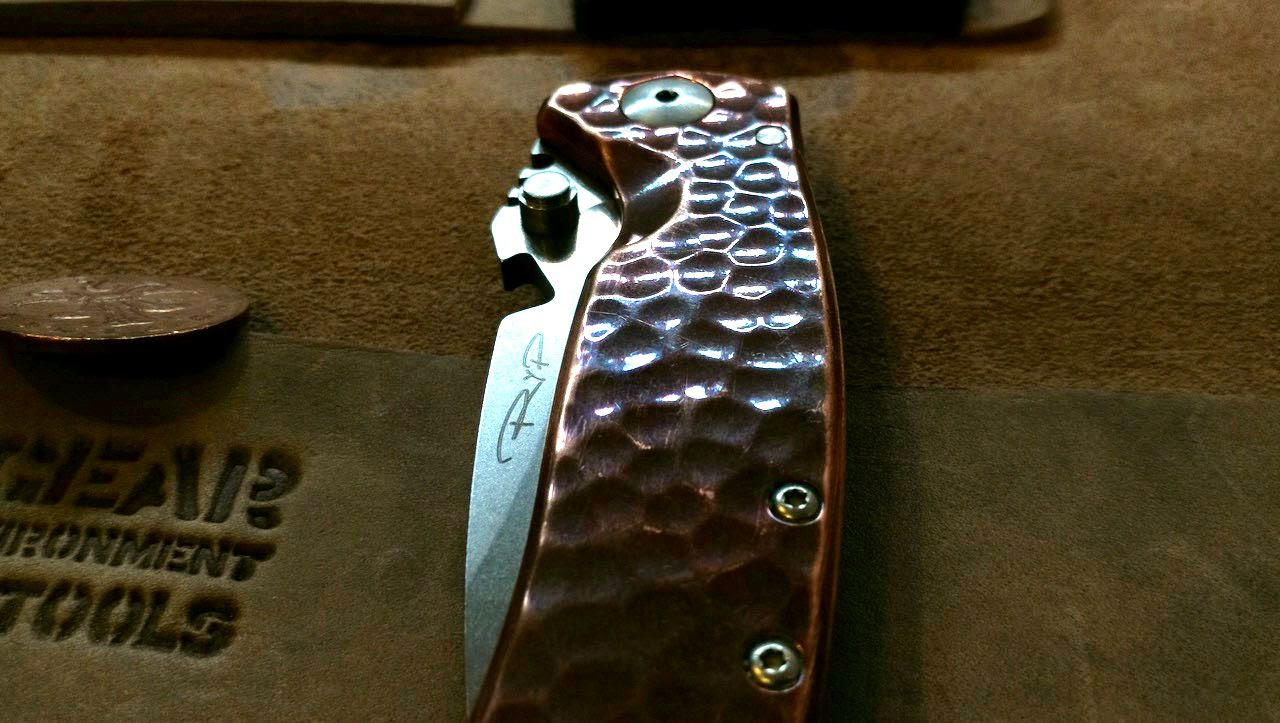 Copper is one the first elements used by man to make tools and has a soft, ever-changing appearance. DPx Gear has combined that ancient appeal that with the precision and strength of aerospace alloy and powder metals to create a hit.

Since its launch as a Kickstarter campaign, the small, yet overbuilt EDC has been a consistent hit.  Not only is this a hard use EDC, the limited run and unusual material choice gives the Urban Copper a unique and collectible appeal to it.   The hammer tone copper is created using complex machining and then hand finishing creating a functional tool and a piece of art, hand made and meticulously crafted by an artist. 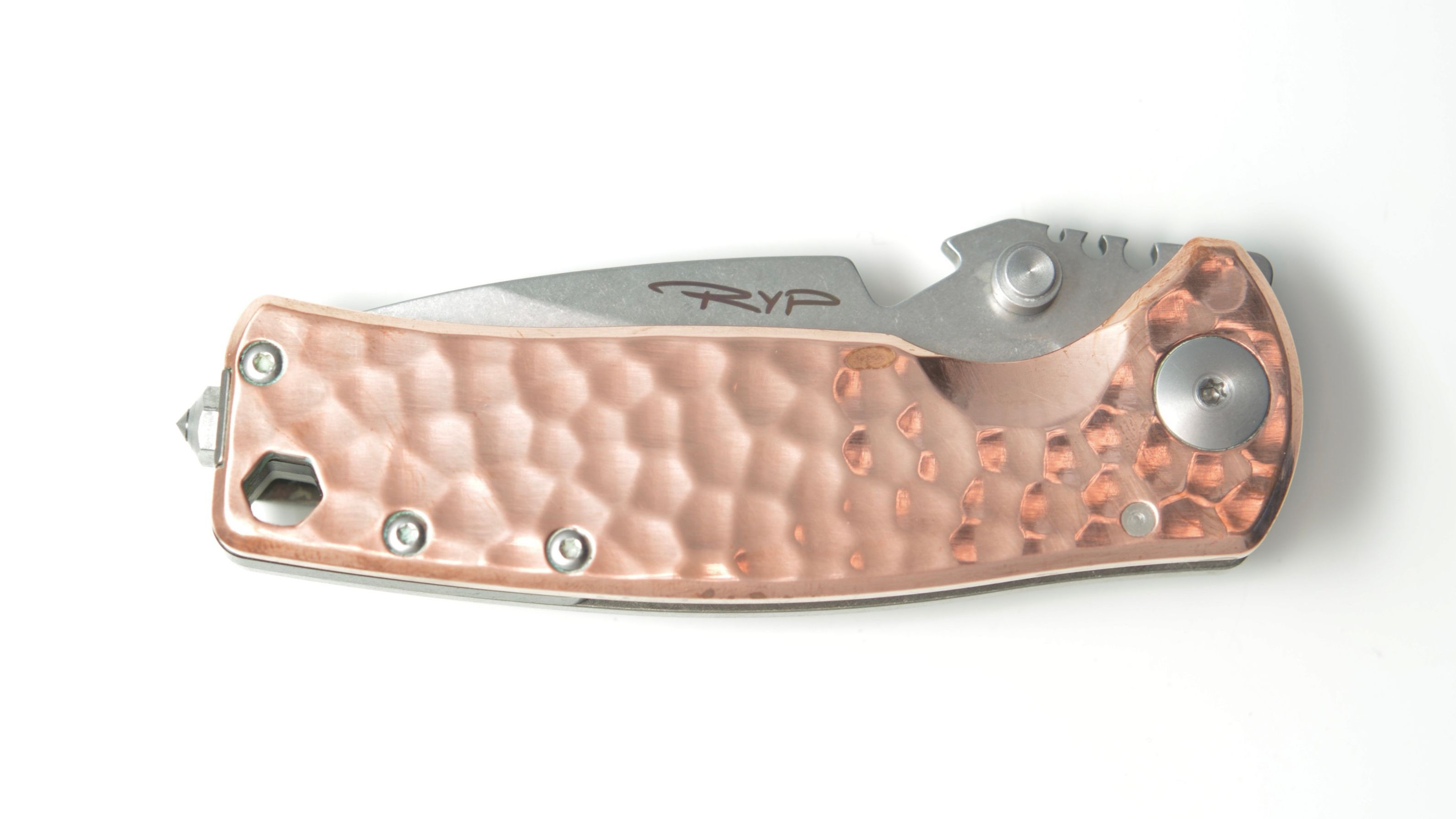 Like many of the other DPx Gear knives, these have a patented blade notch in the blade, which acts as a quick deployment feature when pulled against a pocket, a bottle opener and a pot holder.  The jimping is a capable wire stripper, useful for the three common wire gauges.  It also features a quarter inch hex driver at the base which doubles as a lanyard hole.  The copper models also come with a Tungsten Carbide glass breaker and a fully reversible, deep carry Titanium alloy pocket clip.

Its design is based from years of in the field experience by Robert Young Pelton.  The DPx Gear founder is not just known for surviving wars, he is also an award winning designer, having earned recognition for his knife designs and has secured over a dozen patents licensed to DPx Gear.

The Urban is made in America from American materials to create a hard use EDC folding knife that looks good, feels greats and lasts a lifetime.